Umm Kulthum, the Strong Independent Star of the Orient

Dubbed as Star of the Orient by her fans, Umm Kulthum (1889 or 1904 – 1973) is recognized as the most renowned and influential Egyptian and Arab musician in the twentieth century. Forty-five years after her death, she had secured her position as an eternal legend.

Born Fatima Ibrahim Al Biltagy, she had revolutionized the Egyptian music. Her extraordinary vocal abilities, and her amazing life journey made her an Egyptian icon; From her humble beginnings in the small village of Tamay el Zahayra, with less than 1700 inhabitants to singing at the Olympia Theater in Paris in 1967 and around the world, to raise funds for the Egyptian army. Despite her fame and wealth, meeting and dinning with presidents and heads of states, she always identified herself as a villager.

With a career that spanned over 5 decades, Umm Kulthum first learned to sing from her father who was the imam of the village’s mosque. To supplement his meager income from the mosque, he sang religious songs at weddings and other celebrations, in theirs and other neighboring villages. She memorized his songs while he was teaching them to her elder brother, to prepare him to join his music group. Her father recognized the unusual strength of her voice, and invited her to join the lessons with her brothers, and subsequently the music group, of which she became an indispensable asset.  Her strong voice made her its premier singer. As her fame increased, they traveled to further villages to sing, often on foot, as she recalled later. In 1923, the family moved to Cairo in for better career opportunities for the young singer. 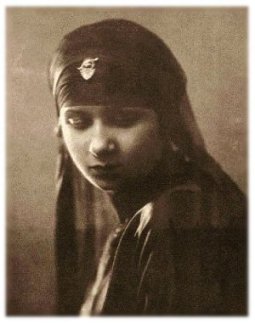 In Cairo, her fame soared. The revered singer captivated the hearts of millions of her fans in Egypt and across the Middle East. She had also risen up in the Egyptian society, and captured the heart of Sharif Sabri Pasha, the maternal uncle of King Farouk. Sabry Pasha proposed to her in 1946, the same year he was nominated to become the prime minister. He neither assumed the position nor married Umm Kulthum. The engagement was broken due to major opposition by the royal family to such union. Nonetheless, the incident demonstrates the position she had achieved within the elite social circles.

“The greatest and most famous singer of the 20th-century Arab world was Um Kalthoum, whose records and cassettes, fifteen years after her death, are available everywhere. A fair number of non-Arabs know about her too, partly because of the hypnotic and melancholy effect of her singing, partly because in the world-wide rediscovery of authentic people’s art Um Kalthoum is a dominant figure. But she also played a significant role in the emerging Third World women’s movement as a pious ‘Nightingale of the East’ whose public exposure was as a model not only of feminine consciousness but also of domestic propriety. In Egypt. She was a national symbol, respected both during the monarchy and after the revolution led by Gamal Abdel Nasser.” 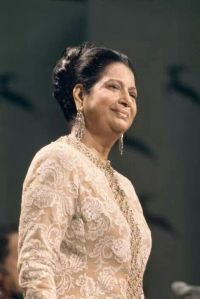 Umm Kulthum played roles in 6 movies. She also founded the Musicians Syndicate in 1942 and became its president for 7 years, after winning a fierce election battle against the famous Egyptian singer and musician Mohamed Abdel Wahab.

To put her fame in perspective to westerners, David Shasha wrote in an article for the Huffington Post, “It would not be an exaggeration to say that Um Kulthum embodied the cultural importance for the Arab world of Frank Sinatra, Elvis Presley, and The Beatles combined.” Not to mention that she started her career at an age and time when most Egyptian women were still confined in their harem.

Due to health complications, Umm Kulthum died in February 1973. Her funeral attracted more than 4 million mourners to the streets of Cairo. Her funeral drew more people than Abdel Nasser’s state funeral.