Egyptian architect and the International Ambassador of Design, Dalia Sadany, received the Golden Award at the International “A’ Design Award & Competition” in Italy for her latest project, The Cyber Security Museum. The first qualitative museum in Egypt, is located at the Greek Campus in Cairo. It embodies the idea that ancient Egyptians were the first to develop the science of knowledge security, the basis of what became known today as IT Security.

A’ Design Award & Competition is one of the world’s largest annual juried design competitions that honors best designers, architects, and design oriented companies worldwide. Almost 13,000 designers from around the world competed in more than 105 design fields.

Sadany’s name is well known locally and internationally in communities concerned with the arts of architecture and decoration. Along her career, Sadany architectural and interior designs highlighted the Egyptian traditions, as well as contributed to raising the global image of Egypt’s civilization through value, radiance and brilliance, 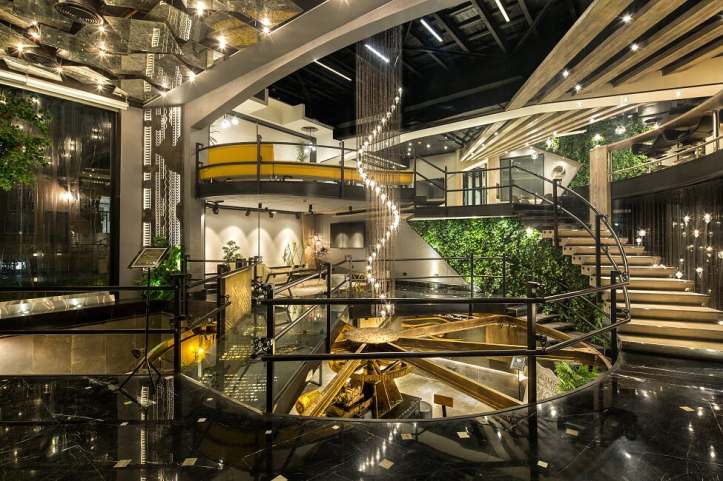 Dalia expressed her pleasure to receive this award for her museum, through which she has proved that many modern sciences have their roots in ancient Egypt. “Thismuseum was not easy to design, but served as a challenge and incentive for every Egyptian to know more about his /her history. With the assistance of a number of Egyptologists and IT experts, I did a lot of research and studies, which we documented in Arabic and English. Together we built a full comparison and study of the origin of information security in Egypt.” ,” Sadany told Women of Egypt.

“Our ancestors were the first to discover the importance of information security and ways to protect it, whereas we found several similarities, including Firewall, Deep Web, Password, Anti-Virus, Maze concept, Honey Pot and other applications. I was fascinated to find their origins go back to ancient Egypt, “she added.

For her designs, Sadany preferred to use the style of CNC carvings on steel rather than the usual stones, to give the museum a new distinguished look than to become another imitation of already existing museums. She also used Egyptian grey marble instead of the traditional sandy colored stones known in ancient Egypt. 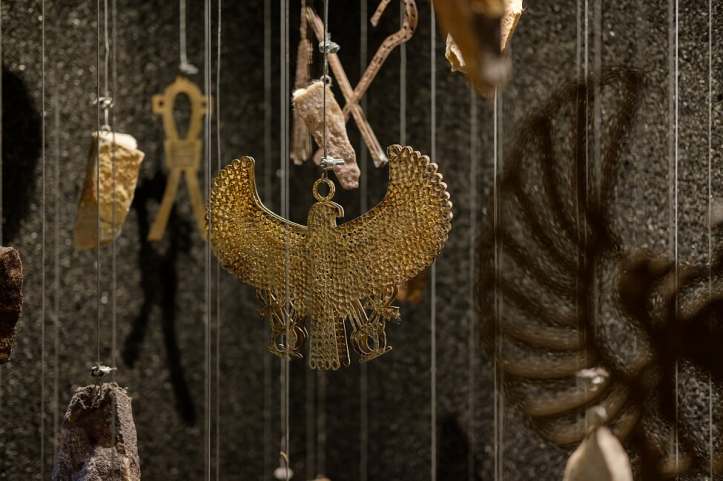 She also collected all the symbols of protection, honored by the ancient Egyptians, and decorated the walls of their temples and tombs. These symbols included the winged scarab, lotus and human hands, Horus eye, the symbol of god Osiris, Isis knot, the pygmy god, the cartouche, the Ankh “key of life”, the cobra, the winged sun, the emblem of the pharaonic authority “the stick & scepter” and others. Sadany collected them together in one spot along with stones from Egypt governorates. Each symbol would become a protector of a governorate. Collectively the stones and their protective symbols show the whole place as an amulet of our ancient Egyptian ancestors, through a distinctive work of art.

Sadany pointed out that the lighting unit she has set up in this museum is called “Thamoun”, which presents eight gods circulating around a metal sphere representing the earth. Guardian of the earth, a distinctive pharaonic lighting unit, is “a masterpiece by itself.” Sadany also affirmed that in her projects she always seeks to introduce elements of “our history” to both Egyptians and foreigners,“especially the glorious history of ancient Egypt, which is continues to be both the source of our pride as it also intrigues the world,” she explained.

“It was my pleasure to discover that our ancestors were the pioneers in the information security systems and the ways to save them, we must always imagine that all the ancient Egyptians did was to protect their science from thieves. Today, companies protect information from virtual hackers on the internet! So, what the West now believes was their invention, has already been used by the Egyptians thousands of years ago,” Sadany concluded.