10 Books By Egyptian Female Authors You Should Read 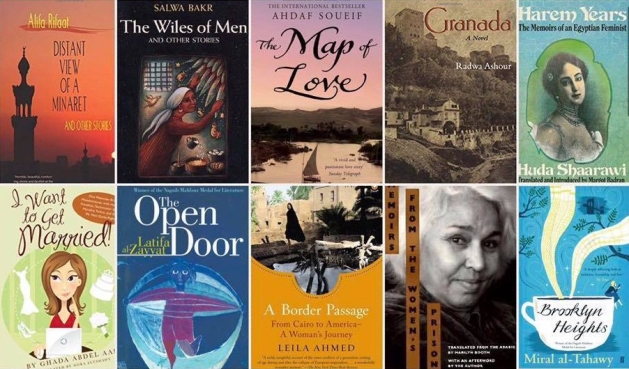 In Egypt, like everywhere else, the literarily arena is dominated by male authors. But nonetheless, female writers have been contributing to the literary world since the turn of the twentieth century. And with the new millennia, the number of female writers in Egypt is growing fast. Their books are not merely a source of literary entertainment. They also play a pivotal role in women empowerment. The gender experiences and struggles female authors face in the Egyptian patriarchal society is also discussed in their books, fiction and non-fiction. Their stories resonate with millions of others. Their writings motivate and inspire women and girls. The power of their voice is becoming a driving force for change.

The list of books authored by Egyptian females is long. Here is an assortment of books by some incredible writers you should add to your reading list.

1- The Granada Trilogy, by Radwa Ashour 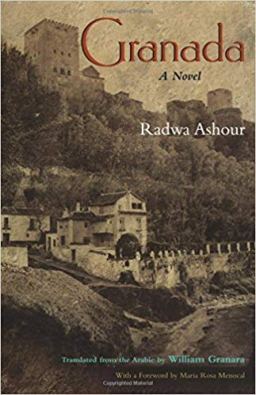 Radwa Ashour skillfully weaves a history of Granadan rule and an Arabic world into a novel that evokes cultural loss and the disappearance of a vanquished population. The novel follows the family of Abu Jaafar, the bookbinderhis wife, widowed daughter-in-law, her two children, and his two apprenticesas they witness Christopher Columbus and his entourage in a triumphant parade featuring exotic plants and animals and human captives from the New World. Embedded in the narrative is the preparation for the marriage of Saad, one of the apprentices, and Saleema, Abu Jaafar’s granddaughtera scenario that is elegantly revealed in a number of parallel scenes.

As the new rulers of Granada confiscate books and officials burn the collected volumes, Abu Jaafur quietly moves his rich library out of town. Persecuted Muslims fight to form an independent government, but increasing economic and cultural pressures on the Arabs of Spain and Christian rulers culminate in Christian conversions and Muslim uprisings. A tale that is both vigorous and heartbreaking, this novel will appeal to general readers of Spanish and Arabic literature as well as anyone interested in Christian-Muslim relations. The Granada Trilogy is on the Arab Writers Union’s “top 105” list for the 20th century. Available on amazon

2- I Want to Get Married! by Ghada Abdel Aal

The rules may differ from country to country, but the dating game is a universal constant.

After years of searching for Mr. Right in living-room meetings arranged by family or friends, Ghada Abdel Aal, a young Egyptian professional, decided to take to the blogosphere to share her experiences and vent her frustrations at being young, single, and female in Egypt. Her blog, I Want to Get Married!, quickly became a hit with both men and women in the Arab world. With a keen sense of humor and biting social commentary, Abdel Aal recounts in painful detail her adventures with failed proposals and unacceptable suitors. There’s Mr. Precious, who storms out during their first meeting when he feels his favorite athlete has been slighted, and another suitor who robs her in broad daylight, to name just a few of the characters she runs across in her pursuit of wedded bliss.

I Want to Get Married! has since become a best-selling book in Egypt and the inspiration for a television series. This witty look at dating challenges skewed representations of the Middle East and presents a realistic picture of what it means to be a single young woman in the Arab world, where, like elsewhere, a good man can be hard to find. Available on amazon

Brooklyn Heights follows the hopes and disappointed expectation of Hind, an Egyptian émigrée living in Brooklyn. Hind, newly arrived in New York with her eight-year-old son, several suitcases of unfinished manuscripts, and hardly any English, finds a room in a Brooklyn teeming with people like her who dream of becoming writers.

As she discovers the various corners of her new home, they conjure up parallel memories from her childhood and her small Bedouin village in the Nile Delta: Emilia who sells used shoes at the flea market smells like Zeinab, the old woman who worked for Hind’s grandfather; the reflection of her own body as she dances tango awakens the awkwardness of her relationship to that body across the years; the story of Lilette, the Egyptian bourgeoisie who has lost her memory, prompts Hind to safeguard her own.

Through this kaleidoscopic spectrum of disadvantaged characters we encounter unique but familiar life histories in this award-winning and intensely moving novel of displacement and exile.  Originating from a Bedouin background, al-Tahawy is often considered to be one of the few writers able to bring the Egyptian Bedouin story to life beyond stereotypes. Brooklyn Heights, is one of Al Tahawy’s most critically acclaimed works. It was the winner of the Naguib Mahfouz Medal for Literature, and was shortlisted for the 2011 Arabic Booker prize. Available on amazon

4- Memoirs from the Women’s Prison, by Nawal El Saadawi 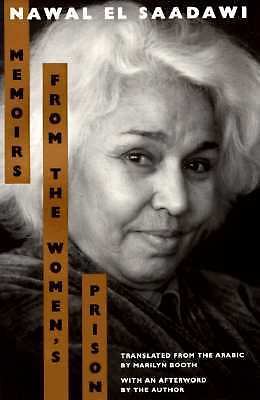 Often likened to Rigoberta Menchu and Nadine Gordimer, Nawal El Saadawi is one of the world’s leading feminist authors. Director of Health and Education in Cairo, she was summarily dismissed from her post in 1972 for her political writing and activities. In 1981 she was imprisoned by Anwar Sadat for alleged “crimes against the State” and was not released until after his assassination.

Memoirs from the Women’s Prison offers both firsthand witness to women’s resistance to state violence and fascinating insights into the formation of women’s community. Saadawi describes how political prisoners, both secular intellectuals and Islamic revivalists, forged alliances to demand better conditions and to maintain their sanity in the confines of their cramped cell.

Saadawi’s haunting prose makes Memoirs an important work of twentieth-century literature. Recognized as a classic of prison writing, it touches all who are concerned with political oppression, intellectual freedom, and personal dignity. Available on amazon

5- The Open Door, by Latifa al-Zayyat

The Open Door is a landmark of women’s writing in Arabic. Published in 1960, it was very bold for its time in exploring a middle-class Egyptian girl’s coming of sexual and political age, in the context of the Egyptian nationalist movement preceding the 1952 revolution. The novel traces the pressures on young women and young men of that time and class as they seek to free themselves of family control and social expectations. Young Layla and her brother become involved in the student activism of the 1940s and early 1950s and in the popular resistance to continued imperialist rule; the story culminates in the 1956 Suez Crisis, when Gamal Abd al-Nasser’s nationalization of the Canal led to a British, French, and Israeli invasion. Not only daring in her themes, Latifa al-Zayyat was also bold in her use of colloquial Arabic, and the novel contains some of the liveliest dialogue in modern Arabic literature. Available on amazon

6- The Map of Love, by Ahdaf Soueif

The Map of Love is a historical account of British imperialism and Egyptian nationalism throughan extraordinary cross-cultural love story that unfurls across Egypt, England, and the United States over the course of a century. Isabel Parkman, a divorced American journalist, has fallen in love with a gifted and difficult Egyptian-American conductor. Shadowing her romance is the courtship of her great-grandparents Anna and Sharif nearly one hundred years before.

In 1900 the recently widows Anna Winterbourne left England for Egypt, an outpost of the Empire roiling with political sentiment. She soon found herself enraptured by the real Egypt and in love with Sharif Pasha al-Baroudi, an Egyptian nationalist. When Isabel, in an attempt to discover the truth behind her heritage, reenacts Anna’s excursion to Egypt, the story of her great-grandparents unravels before her, revealing startling parallels for her own life.

Combining the romance and intricate narrative of a nineteenth-century novel with a very modern sense of culture and politics—both sexual and international—Ahdaf Soueif has created a thoroughly seductive and mesmerizing tale.

The Map of Love reached global fame, having been translated into 21 languages and selling over one million copies worldwide.  It was shortlisted for the Booker Prize in 1999. Available on amazon

7- Distant View of a Minaret, by Alifa Rifaat

This slight short-story collection is Rifaat’s only literary production gathered together into a book. The stories — in a straightforward, realist style — hold up for their depiction of emotion through time and place. More convincingly than any other woman writing in Arabic today, Alifa Rifaat lifts the veil on what it means to be a woman living within a traditional Muslim society. Rifaat (1930-1996) did not go to university, spoke only Arabic, and seldom traveled abroad. This virtual immunity from Western influence lends a special authenticity to her direct yet sincere accounts of death, sexual fulfillment, the lives of women in purdah, and the frustrations of everyday life in a male-dominated Islamic environment. Translated from Arabic by Denys Johnson-Davies, the collection admits the reader into a hidden private world, regulated by the call of the mosque, but often full of profound anguish and personal isolation. Available on amazon

8- The Wiles of Men and Other Stories, by Salwa Bakr 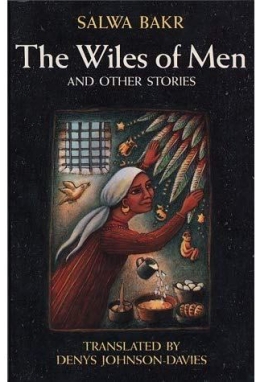 Set among the poor of contemporary Cairo, these thirteen stories and one short novella tell of women struggling to provide themselves with the basic necessities of life. They explore the limits of self-awareness, the pressures to conform, and some of the strange paths to escape that women resort to in a conservative society shot through with social and sexual prejudice and preconceptions.

Salwa Bakr contends that Arabic literature has been the domain of men and that it is the task of women writing in Arabic to redress the balance. One of Egypt’s most interesting women writers of fiction, she is an emerging talent of great power. Her published oeuvre includes three story collections, a novel, and many popular articles. Available on amazon

In language that vividly evokes the lush summers of Cairo and the stark beauty of the Arabian desert, Leila Ahmed movingly recounts her Egyptian childhood growing up in a rich tradition of Islamic women and describes how she eventually came to terms with her identity as a feminist living in America. As a young woman in Cairo in the forties and fifties, Ahmed witnessed some of the major transformations of this century—the end of British colonialism, the rise of Arab nationalism, and the breakdown of Egypt’s once multi-religious society. As today’s Egypt continues to undergo revolutionary change, Ahmed’s inspirational story remains as poignant and relevant as ever. Available on amazon

In this firsthand account of the private world of a harem in colonial Cairo, Shaarawi recalls her childhood and early adult life in the seclusion of an upper-class Egyptian household, including her marriage at age thirteen.

Her subsequent separation from her husband gave her time for an extended formal education, as well as an unexpected taste of independence. Shaarawi’s feminist activism grew, along with her involvement in Egypt’s nationalist struggle, culminating in 1923 when she publicly removed her veil in a Cairo railroad station, a daring act of defiance.

Heavily involved in the nationalist movements of the time, she was also very politically active, and helped to organize the largest women’s demonstration against British colonialism. Although her feminist goals were severely limited by her privileging of issues affecting upper class women, Sha’arawi can still be credited with pioneering an important tradition of Egyptian women’s writing. Available on amazon