Egyptian Girls Galloping Off Into A New Sport

In today’s competitions, riders are awarded points for the targets they pick, depending on several rules of the game. The rider with most number of points wins.

The sport started in Egypt during the Sharkia Arabian Horses Festival in 2009. Ayah Eissa, at the age of 16 then, was the first Egyptian female to join the festival and the game. She won first place. 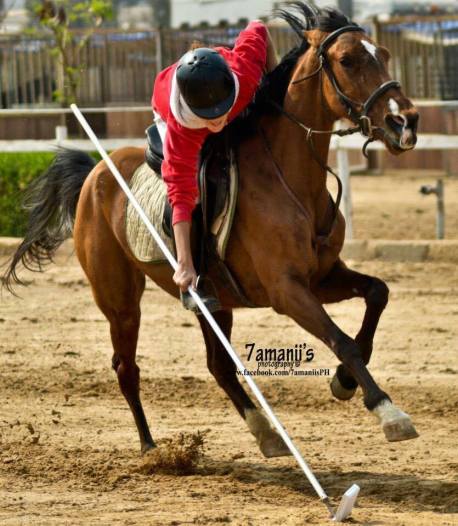 As the game gained popularity, the armed forces started a civilian team for women. And as of 2014, members under the age of 18 were allowed to join, in the junior team. Prior to that the sport was confined between the armed forces and the police forces teams.

Since the new law came in effect, Egyptian women won ranks among men in the seniors’ category. Also for the juniors’ category, the first place went to Farrah Hassan, one of the most talented riders in the armed forces team.

She won the Egyptian Women Championship and Egypt Cup for women in 2015. She was the second girl to beat the male team members to the first place, after the amendment of the international law of the game, that allowed women to join the men’s competitions.

Both Aya and Farrah participated in two international competitions, in Oman and South Africa.