Why Marriages in Egypt are Becoming Disposable? 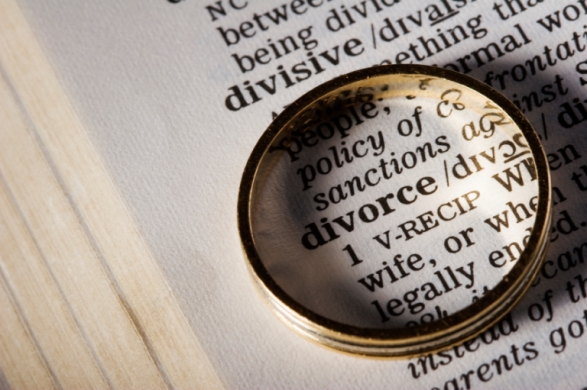 Marriage is a partnership with shared responsibilities. But in Egypt, women’s share exceeds more than their partners’. Most Egyptian men, pampered and spoiled by their mothers, expect a wife’s role to be an extension of their mother’s, with benefits. So, while many proceed with their immature bachelor lifestyle, women take responsibility of the house and kids, and work a full time job. As the concept of family is distorted in the minds of many men, most women complain that their husbands rarely, if ever, help with the house chores or spend time with the kids. Men fail to comprehend that their availability in the lives of their wives and kids is part of their marital responsibility. As women invaded the work force and became financially independent, they are looking for a life partner who values them, not just to impregnate and feed them.

Rarely a woman seeks divorce because of a husband’s lack of responsibility towards the house or kids. For centuries, such responsibilities had befallen upon the shoulders’ of women and they are used to them anyway. Resentful and frustrated with their selfishness and irresponsibility, women’s tolerance dwindles. And when other factors enter the equation, divorce becomes the solution for many.

However, women are not to be spared the blame for failed marriages. Many women tie the knot for the wrong reasons, on top of which is to avoid the societal discrimination against unmarried women. For many women marriage is merely a social status. In a society that glorifies marriage, they prefer a divorced status over being single. Women’s unrealistic expectations of marriage are also a contributing factor to the failure of many. Marriage is a real life story and setting their standards to Hollywood romantic movies inevitably leads to divorce. Some women create in their minds a fairy-tale image about marriage from reality. And when reality doesn’t meet their expectations, they feel betrayed.

True, the absence of love may be the cause to terminate a marriage, but love alone doesn’t sustain one. Marriage is not all butterflies and rainbows, but also problems, conflicts, routine, boredom and a lot of dirty diapers. Marriage comes with no guarantees, but divorce comes with lots of consequences, especially when kids are involved. For many Egyptian women it is a dilemma to whether stay miserable in a failed marriage or divorce and face the societal challenge that comes with the new status. It is just like jumping from the fire to the frying pan, as the cliché goes.

After decades of oppression, women resort to divorce instead of mending the relationship, because unlike their mothers and grandmothers, now they can. Divorce became the easiest and fastest remedy to most marital problems, but it is not always the solution and it should be the last option when everything else fails. It is not an easy decision to make, but often it is inevitable.

Marriage is becoming disposable to many young couples. They don’t take the time or make an effort to fix it, but rather throw it away like a broken appliance. Even if divorce is your decision, be prepared for the heartache, confusion, sleepless nights, and fears of an uncertain future. Divorce is a painful and messy process, an end to an emotional journey of years traveled together. Nothing can be more heartbreaking and devastating than to watch your life tumbles down in front of your eyes. Don’t rush for a divorce unless you are in an abusive situation. Don’t run away from your marriage until you have tried hard to salvage it. The time and love you invested in building your life together is definitely worth fighting for.