A Mother’s Fight to Save Kidnapped Son 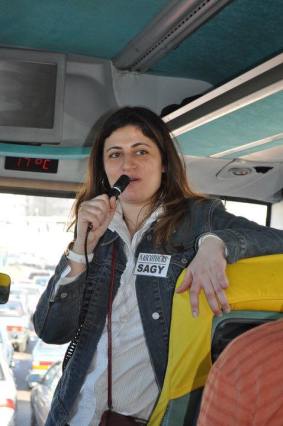 On November 24, 2012, Sagy Shafey’s driver was late picking her up after her evening classes. With the escalating political turmoil that negatively impacted the tourism industry in Egypt, Sagy lost her job as a tour guide. She decided to invest her time in studying for a master’s degree in maritime and underwater anthropology.  With the ongoing unrest, traffic was unpredictable. As a sudden riot erupted on a main street and rain fell upon Sagy’s hometown of Alexandria, getting home to her teenage daughter, Rowan, on time was out of the question. Sagy called her driver who informed her that he had stopped at a mosque for Rahma, her son’s middle-aged nanny, to pray. Since Hassan, Sagy’s 12-year-old special needs son, enjoyed car rides, Rahma often took him along to pick his mother up from college. Sagy’s friend drove her to the mosque to save some time, only to find that Hassan and Rahma had vanished.

The devastated mother stood in the rain and cried as she sent her driver to check the emergency rooms of local hospitals. “I was in a state of shock and disbelief, confused and worried. I walked around the mosque several times hoping for them to show up. My worst fear was that Hassan had slipped from Rahma’s hand and got lost in the crowd.” After waiting for several hours, Sagy reported them missing at the police station.

At the break of dawn, her daughter Rowan was still awake, crying. They curled up together in Sagy’s bed and hugged tightly as they held Hassan’s clothes. Sagy already broke the news to her earlier. Rowan then informed the family of the situation. “She always had fears after her father left us, so coming home without Hassan devastated her. Between her sobs she repeated, ‘now we are all alone.’ It was an emotional moment for both of us. I’ll never forget the look on her face,” Sagy recalled. 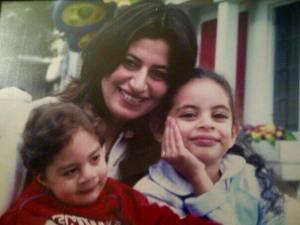 Sagy and her husband were separated for three years. As parenting a child with special needs became more challenging as Hassan grew older, his parents drifted apart causing his father to move out in 2009.

That night, sleep eluded Sagy. Hassan, her little angel who enjoyed eating kofta sandwiches and couldn’t drink water because of a rare medical condition, required special care and needed medications to control his condition. “Not knowing my son’s whereabouts broke my heart. I napped for a while and woke up to find the house filled with relatives and friends.”

On the third day following the incident, Sagy received a phone call from an anonymous over-seas number. The caller informed her that Hassan and Rahma were kidnapped and requested a ransom of $150,000. He warned her against informing the police, unaware that Sagy received the phone call while at the police station to follow up on the investigations.

The police traced the phone number to Gaza, Palestine.  They continued investigating to unravel the mystery of Hassan’s disappearance only for Sagy to discover that Rahma and her lover, Sayed, were the culprits behind Hassan’s kidnapping.

“I was shocked when I found out. Rahma was caring and loving to him. I couldn’t believe her malicious plan, and to execute it in the mosque!” Sagy said. 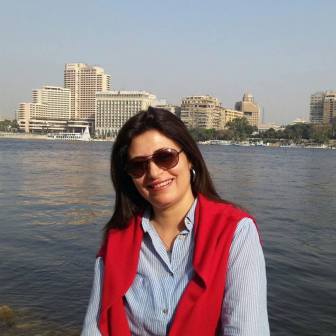 Rahma, with Hassan in hand, entered the mosque from the front door and exited through the back. She hailed a cab to the bus terminal where Sayed waited for her with tickets to Al-Arish, where he would later meet Rahma and Hassan to take them to the town of Sheikh Zweid in Rafaa.

The escalating political unrest Egypt was facing created a state of lawlessness leading many like Rahma to kidnap children from affluent families for large sums of money. Hassan, though, was the first kidnapped child with special needs.

Hassan was gone for almost two weeks. The dark, winter clouds lingering over Alexandria added more gloom to Sagy’s tense mood. With the continuous threats she received from the kidnapper, fear and anxiety hovered over her head. She missed Hassan, her sweet boy who turned violent when irritated, who spent his days watching music channels unable to talk or communicate, yet brought joy to her life. Family members gathered in her living room to count and stack the ransom money into suitcases, following the police’s advice to use many bags so it would seem more tempting. 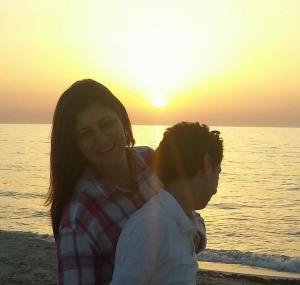 When time was set for the police force to deploy to Northern Sinai, Sagy was first to report to duty. “I will retrieve my son from the lion’s den if I have to,” she told the police general who issued her travel permit. Sagy’s mother insisted that her estranged husband drive her there. Sagy’s husband had returned home a week after Hassan’s kidnap, blaming himself for how his family was taken advantage of in his absence. “Hassan is my soul and he was taken away from me. You would give anything to get your soul back. Every person knows that my love for Hassan is my weakness. They took advantage of that.” Sagy agreed.

They arrived to Al-Arish police headquarters the following morning where Sagy was debriefed with the rescue plan. She met with the Bedouin Sheikh, who kept Hassan in a safe house among his tribe, in the presence of a police officer. The couple travelled with the sheikh after the meeting, leaving their car parked within the police station.  “It was a fearful experience. We sat in the back of a four wheel truck. The Sheikh’s driver ordered us to turn our cell phones off then loaded an automatic gun, and drove away. I recited verses from the Quran, but I couldn’t even remember the opening verse. My mind had stopped functioning from fear.” Sagy recalled. 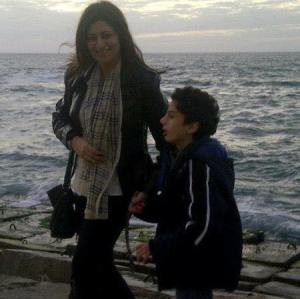 Upon arrival to Rafah, Sagy and her husband attended a tribal council in the Sheikh’s house to suggest a reward to his people for their effort to locate, save, and care for Hassan. When the amount was approved by both parties, Hassan was delivered to his mom. The anguish, anxiety, sleepless nights, and exhaustion were washed away the moment Sagy set eyes on him. His hair had grown wild, but he was safe, clean and well-fed. While Sagy enjoyed Hassan in her arms, the father drove back to the police station to fetch the cash that was no longer labeled a ransom, but a reward.

The family later drove back to Alexandria, following the police convoy with Sayed and Rahma in custody. Back in Alexandria, Hassan slept in his bed for the first time in two weeks, after he ate a hearty dinner of his favorite kofta sandwiches. Nobody would ever know if he even knew he was kidnapped. 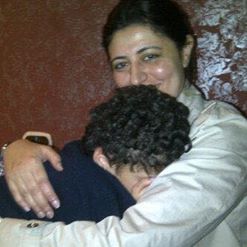 When asked how this experience changed her, Sagy responded, “Having a child with special needs changes you and your perception on life. It humbles you and you appreciate more of the small things you’d usually take for granted. Hassan’s kidnap, however, strengthened me. It made me a fighter. What happened to Hassan during those two weeks will remain a mystery. I wish one day he can talk and tell me about it. On the other hand, I think not knowing what he had gone through is God’s gift to me.”