Ghada El Wakil, Prime Minister of the Women Government Says She Was Inspired By Benazir Bhutto

Ghada El-Wakil’s vivacious eloquence captures you. Her positive energy, optimism and courage are contagious. While a published author, journalist, philosopher, politician, and activist, Ghada is also an active contributor in the community. Despite her accomplishments, the president of the women’s committee at the Turath (Heritage) NGO and founder and prime minister of the Women Government has no dreams of leaving behind a legacy, yet she is a living one.

Born in 1962, El-Wakil has witnessed numerous social and political changes which have substantially shaped her ideological, philosophical and social beliefs that are reflected in her writings.

In her early years, she believed that politics and journalism were her only call. She discovered later in life that teaching was her real vocation.  As a speaker of honor, she shares her knowledge, life experiences and wisdom with her audience at the Sorbonne and at the Library of Alexandria, where she also encourages women to create their own paths and follow them.

A native Arabic speaker, El-Wakil is fluent in French, English and German. She highlights the current events in the Egyptian Community newspaper and calls for action in her weekly column in ‘Le Progrès Egyptien’. Her first book Imperturbable is a collection of her articles published in the Le Progrès Egyptien.  Life Revisited, her second book in English,  breaks Egyptian taboos and delves inside the human soul.

We sat with Mrs. Ghada El-Wakil, in an exclusive interview for Women of Egypt Blog to get the full story behind her parallel government as well as her dreams and visions for women and for Egypt. 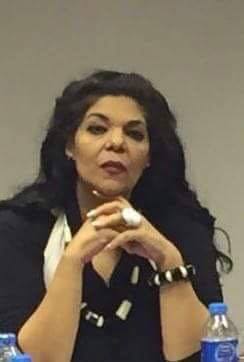 WOE: How did the idea of forming the women’s government come to you? What motivated you to launch it now?

GW: Years ago, I was inspired by two women; Benazir Bhutto and Indira Gandhi. Bhutto was not only the first female elected prime minster of Pakistan, but she was also a wife and a philosopher who captivated the whole world with her exclusive wardrobe and eloquence.  How Indira Gandhi ruled a whole continent despite of all the political attacks she faced was inspiring. I decided to follow their path and set my own slogans, and I thought why not? I started considering the idea of forming the Women’s Government almost seven years ago and since then I have been working to make it happen.  Our government is the first of its kind worldwide and its main aim is to serve the community; not only women, and to defend the rights of all: women, men, children, those with special needs, animals, trees and water.

WOE: Are you satisfied with the women’s representation and performance in the current government? Why are there not many women appointed in leading positions?

GW: No, I am not. A country like Cote D’ivoire has nine female ministers out of twenty-five.

I think the Wahaby wave that has swept Egypt is very high and that’s the reason behind marginalizing the roles of women. In my opinion, 70% of Egyptian women are oppressed though females are the current driving force of the economy. Despite the fact that many of them are in charge of their families, they are still considered and treated lesser than men.

GW: Our government is totally different than any other parallel government. We work collaboratively with the Egyptian government and several ministries welcomed our visions and proposals.

WOE: Without any legislative or executive powers, how do you intend to implement the changes that you want?

GW: My vision of the parallel government materialized three years ago and became clear in my mind. Since then, I have been in contact with different parties in the Egyptian government that warmly welcomed the idea. Working collaboratively with some ministries, we present our visions to the executive channels; either they adopt our proposals or we proceed with the rejected ones supported by the civil community.

WOE: How were your ministers selected?

GW: Our cabinet includes female figures representing the various sectors of the Egyptian community.  Prestigious women like Ambassador Moshira Khatab and Dr. Inas Abdel Dayem, Director of the Opera House, are playing important roles in the women’s government that include doctors, professors, lawyers and social contributors. They are all volunteers working for free for the best of Egypt.  I selected the cabinet on my own and I shared my vision with others. Some women were reluctant to take part in it, while others welcomed the idea and volunteered their time and resources for its success. We all have one motive; to serve our country, and our slogan is: “We are all one hand for the best of Egypt.”

Health and education are the top priorities of our government.

WOE: Do you envision a day where women will be equal partners in the parliament? When do you anticipate this to happen, if ever?

GW: Yes. I see it as a necessity and I am sure it will happen one day. I’m very optimistic.

WOE: What’s on the agenda of your government; short term and long term?

GW: One of the top priorities on my agenda is Decentralization. Egypt isn’t only Cairo and Alexandria. We have 27 governorates. I consider Egypt like a necklace and every governorate is one of its pearls.

We presented a proposal to divide the Ministry of Health into two ministries, one for health and one for medicine. The proposal was welcomed and is currently being studied.

We have several projects that will be activated.  Through the project ‘Aks Etegah el Hegra’ (Reverse Immigration), five thousand Egyptians from five different governorates will be offered a one year scholarship to learn French in an African country.  In an effort to end the illegal immigration, the Francophone Institute together with Cameron, Senegal and Cote d’ivoire signed this convention with Egypt to direct the immigrants from North to South.

The project ‘Shams’ in Port Said converts vocational schools from energy consumers to energy producers. The institution leading the project is run by Egyptians who live abroad. Port Said is their starting point and according to our agreement, we intend to implement it in other governorates.

One of our long-term plans is to build two hundred factories for micro industries. Our long term vision is also to prevent crimes instead of punishing criminals.

WOE: How are you dealing with the sarcastic and negative comments? How do you deal with them?

GW: There were negative reactions, yet less than what I had expected. We were mostly attacked by those who define themselves as ‘religious,’ and by women, even more than men. I take attacks as compliments, as stones are only thrown at fruitful trees.

WOE: How did this initiative affect you on personal level?

GW: I underestimated the load that I will be carrying, which is quite heavy. Nonetheless, I am very optimistic about the outcome.  When I am not working or writing, I go fencing as it develops my circular thinking.

On another note, the parallel government is an independent entity and it doesn’t follow any political party. As an old member of Al-Wafd,  my membership was put on hold..

WOE: How do you finance your projects?

GW: We have several sources of finance. First, we are volunteers, so no one gets paid. Second, we receive funds from Unions of Egyptians living abroad and several women organizations.  In addition to that, we are negotiating with Australia and other countries and Unions for financial aid.

GW: Our Minister of Endowments is Christian and she has brilliant plans for cohabitation, not only between people from different religions, but also between citizens from different governorates, adults and children, humans and animals…etc.

WOE: How will you guarantee the sustainability of your initiative?

GW: We are already preparing a second generation to take over when the time comes to ensure that our vision remains up to date and diverse. My intent is to serve in the government for only three years so I could give a chance for aspiring members to take the lead and ensure the sustainability and growth.

GW: I don’t have any political ambitions and I don’t think of myself as one woman, I think of women. We are fifty million souls. My dream is to witness the day when we stop measuring the development of countries by their military power and dominance and start measuring it by civilization, innovation and arts.  However, becoming the president of the government of Egypt would be a treat, not just a dream.

WOE: What’s your message to women?

Egypt is Om El Donia. This isn’t a myth; it’s the truth. We need to use our brains for the best of Egypt. For that to occur, I want women to move beyond thinking of equality because men and women, despite being different in nature and thank God they are, both have equal minds and equal rights. Dwelling on equality creates inequality as we emphasize the idea that women are less than men, which is untrue. Go back to human being, not human doing. Remember the difference between information and knowledge.  Have visions- if not power- then at least have visions.