Harmonica: This Egyptian App is a Hybrid Between Dating and Matchmaking

“Harmonica is the first Egyptian dating app that allows young people to meet their future life partners, by choosing their best match for them,” explains Shaymaa Ali, co-founder of Harmonica. “The app uses scientific methods and tests developed by psychiatrists and relationship experts. The users answer 30 questions and the app, using algorithms, matches people of compatible interest.”

Not long ago, matchmaking was a noble and much needed profession. The new generation watched matchmakers in black and white movies filmed during the first half of the last century and, to a large extent, in its second half as well. Closest to families than some relatives, they knew the secrets of the girls and their flaws.  Mothers of girls at marriage age wouldn’t dare step on them and jeopardize their daughters’ fates. Like bees, matchmakers buzzed from house to house, their wallets loaded with photos of young women like decks of cards. Their jobs were to find them the best suiters available. Generous rewards awaited them upon closing the deals.

Matchmaking was an exclusive women’s profession. They had access to women’s quarters, peeked behind closed doors and probed through high walls to report their findings.  They attended social gatherings and families’ occasions, where mothers exhibited their merchandises. Like detectives, they watched attentively, observed the details, took mental notes and delivered the information to mothers of potential grooms. 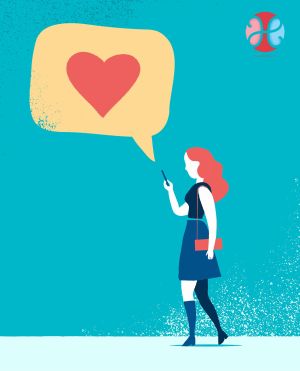 With more women venturing into the work field, matchmaking fizzled, as the profession became associated with a different era, different mentalities. Young people now have more opportunities to meet in collages, at work, in social clubs, or at the gym.But while there are more interactions between the sexes than before, many single people stillcan’t find the love of their life. In Egypt, the culture revolves around marriage, which causes stress to many. With peer, social and family pressures, staying single is still heavily stigmatized, especially when the ghosts of “spinsterhood” hover over young women’s heads.

But while on the one hand, staying single beyond a certain age is frowned upon, on the other, it is also becoming harder for educated young women with flourishing careers to find compatible partners. As a result, matchmaking was revived, but the old-fashioned matchmakers were replaced with agencies. Candidates looking for life partners paid registration fees and filled application forms. The agencies collected an extra fee if a couple they matched actually got married. Despite of that, not only marriage age has been rising, but also divorce rates between young couples in Egypt are soaring. Incompatibility is amongst the main reasons for divorce. 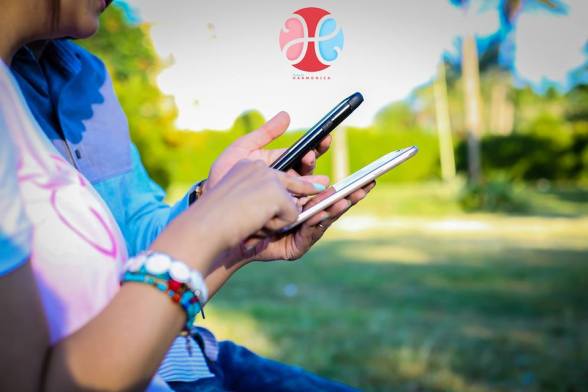 Like many human traits and professions, matchmaking in the digital age, has been replaced by apps. Helping people find their right life partners was the idea upon which Harmonica Mobile App was designed. Harmonica founders, abiding by the social restrictions of the Egyptian conservative society, assert that the app is neither for dating nor matchmaking, but helps young people find compatible spouses, with whom they share same interests and views.

Shaymaa, a librarian specialist at Bibliotica Alexandrina, rejected the traditional ways of marriage. She preferred instead to travel the world and build a successful career at work. She also writes about women issues in the Middle East. Her writings reflect her views. She encourages young women to marry the right person who is compatible to them intellectually, mentally and socially and “not to accept any suitor simply to escape spinsterhood, a delusional social label imposed on them by society,” says Shaymaa who married in her thirties, “delaying my marriage until I found my compatible partner was the best decision I made.”

It was her writings that caught her partners’ attention and they asked her to join them in developing the app. Harmonica was designed specifically to target Egyptian audience. After successfully trying the app in their circles of friends, they published it in November 2017, bringing the number of downloads to 100,000, within 10 months after its release. More than 50 couples found their partners on Harmonica. With its continuous success as more people are joining the app, Shaymaa and her partners hope the app would help drop the soaring divorce rates between young couples in Egypt.